Our beloved and super-reliable Expedition “Herman” finally died after nearly 316,000 miles, the 28,000 with us. A second mechanic confirmed the diagnosis: although he was well-maintained, twenty-one years of service did in his engine.  The best estimate to replace the engine is $5700.

In recent months, I have replaced Herman's alternator, battery and cables, spark plugs, brakes, and two tires.  His front end has been realigned and bolts in the alignment mechanism replaced.  His transmission was serviced, too.

He wasn't perfect: air conditioning was not cold and the driver's side window did not raise and lower.  We had, however, arranged Herman's interior to meet our needs and to accommodate all of my medical equipment. Thus, you can imagine my feeling of devastation upon being told thar he would no longer be available for us to go to work or to live in.

I have been unemployed since early May and carefully saved as much as I could from my unemployment for a rainy day fund, but Herman needs a new engine at $5700 or I can replace him with a “new to us” vehicle at about the same price.

Of course, this is the moment that Governor Newsome has a frugality attack, and the extended unemployment funds are being delayed.

What would you do?  Conventional wisdom is to call a charity and donate him.  On the one hand, Herman started every single day until he would start no more; on the other, he has been on the road since 1999 and other significant problems may arise.

Either way, I have about half of the funds I need.  I have contacted a local charity that helps with car repairs, but they declined to help. Would you please consider making a small donation via PayPal? Anything would help.  Alternatively, you can help yourself to some new skin care, clothing, accessories, beauty, or household needs on my Avon store and help us to get going again. Thank you. ❤️

Feminine Fancies by Cynthia Berenger at 17:50 No comments:

A Rerun from 2018: A Different Kind of Valentine's Day

I hope that everyone is feeling well, doing good, and sharing her joie de vivre with those in her sphere of influence.

February 14 is the day that most Christians the world over commemorate the martyrdom of Saint Valentine of Italy who was killed for his faith.  From the Martyrology for February 14, we learn the following:

At Rome, on the Flaminian road, in the time of the emperor Claudius, the birthday of blessed Valentine, priest and martyr, who after having cured and instructed many persons, was beaten with clubs and beheaded.   Also, at Rome, the holy martyrs Vitalis, Felicula, and Zeno.


At Teramo, St. Valentine, bishop and martyr, who was scourged, committed to prison, and as he remained unshaken in his faith, was taken out of his dungeon in the dead of night and beheaded by order of  Placidus, prefect of the city.  In the same place, the holy martyrs Proculus, Ephebus and Apollonius, who, whilst watching by the body of St. Valentine, were arrested and put to the sword by the command of the ex-consul Leontius.

Thus, although we don't know a great deal about Saint Valentine's daily life, we do know that he gave his life to the service of God, that he was faithful unto death, and that he was beloved by those who knew  him.  What Saint Valentine teaches me is the value of love in action via commitment, sacrifice, and humility: in marriage; in motherhood; in widowhood.

Enjoy the candy, admire the card, arrange the bouquet: balance that with a remembrance that true love is a giving, sacrificial thing.

I hope that my little "woman-to-woman" ideas have helped.

No Big Secret Exists (and a Persistent False Rumor about Mrs. A's Workbook)

A third, rather persistent, rumor pops up a few times a year in my correspondence, almost always from my wonderful former students.

When I asked Mrs. Forsyth to remove my name, I wrote the following on my website:

"On July 22, 2017, Cynthia was informed of the new requirement of teaching with Mrs. Forsyth's  book, which Cynthia did not wish to do as she has no acquaintance with the book.  Therefore, on that date, Cynthia requested to have her name removed from Mrs. Forsyth's website."

My statement is the absolute truth.

I don't know about other Marriage and Homemaking teachers, but I don't teach out of books that I haven't read; usually, I don't adopt a book as part of my teaching practice unless I have read the book several times and thought about the book and how I might incorporate it in a class.

Occasionally someone will write to ask for my opinion on Mrs. Forsyth's book; however, I have not read the book, so I cannot make any comment about it.

As I commented to an online acquaintance last week, I can hardly wait to see what the rumors are when I write about how I overcame the second greatest temptation of my life.  That story actually is a bit on the juicy side, even if I do say so myself!

Have a fascinating new year!

PS: I remembered that the experience I mentioned to my acquaintance was, in actuality, the second greatest temptation rather than the first.


Feminine Fancies by Cynthia Berenger at 14:11 No comments:

Addressing a Pair of Rumors

Dear Ladies,
Happy New Year!
One lady emailed to say that she had heard that I wasn’t teaching anymore. I am, in fact, continuing to offer Marriage Enrichment and Marriage Preparation classes online, but you should only take a class if you would like personal mentoring from me.
Otherwise, you would be just as well served with a copy of A Fascinating Companion, which is available on Amazon and Etsy and directly from me.
According to another correspondent, a rumor started that I had purchased a house. Unfortunately, that rumor is false. We continue to live in our vehicle while I obtain medical treatment; I expect the situation to continue for 2020, barring some unforeseen upturn in our fortunes. All in God’s will.
Please know that you are in my thoughts and prayers as 2020 commences.
Agape always,
Cynthia
Feminine Fancies by Cynthia Berenger at 14:43 2 comments: 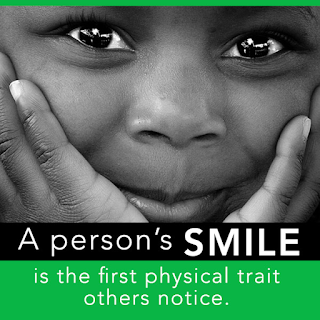 Do you believe that is true?  I don't quite know; for me, the eyes have it, but the eyes "smile," too.

What I am sharing below is an excerpt from my book, A Fascinating Companion, which can be found on both Etsy and Amazon.

Feeling joy and sharing that joy with others is one of the real charms of a woman who lives these teachings. Sharing your joie de vivre (the ebullient enjoyment of life) is what is meant by “shedding joy around.” Joie de vivre is enhanced by Serenity, which is covered in a later lesson. I have a few thoughts and techniques to share to help you to experience joie de vivre.

Nobody’s life is 100% easy.  However, in my observation and experience, almost everybody’s life includes beauty and goodness. Even if a lady is experiencing great struggles, I believe that she will also experience some beauty, some goodness each day.  She can choose to concentrate on the negative aspects of her life (which should not be ignored) or she can choose to concentrate on what loveliness does occur in her life: a family who loves her and whom she loves; a warm, dry place to live; the relief of a cool drink of water; the satisfaction of a tasty meal; seeing a beautiful tree or flower or a beautiful sunrise or sunset.

Consider The Four Feminine Roles.  How could you magnify those roles to the point that they bring  you joie de vivre?  It’s really in magnifying our roles that they begin to bring us joie de vivre.  When that happens, although we experience our share of struggles, we can have joyful lives and share that joy with others through our smiles and our pleasant, encouraging words.

Smile Your Way Through the Day

My late mother had a friend whose smile didn’t quite make it to his eyes. He enjoyed the love of his wife and children, the companionship of good friends, and a satisfying career, but I always wondered if he was truly happy. We’ll learn more about cultivating joy in our lives in the lesson on Serenity, but in the meantime, continue to smile your way through the day by following The Fascinating Reminders and try to have that beautiful smile reflect in the expression in your eyes.

Clinical Depression is a serious illness and should be diagnosed and treated by a medical professional.  If you suspect that you are clinically depressed, I encourage you to contact your physician for assistance.  Sometimes, though, women perceive that they have depression when, in fact, they are having a blue day or feel out of sorts for whatever reason. In this latter case, smiling can help. While it might be more difficult to appear happy to others while unhappy inside, as discussed in the previous section, it is possible. In fact, at least one psychological study has found that happy facial expressions are correlated with an upswing in mood.

The Dolphin and the Shark

Many years ago, I attended a lecture by a woman named Lucile Johnson. As part of the lecture Mrs. Johnson related a visit she made to a large aquarium. She noted during her visit that hordes of people gathered around the dolphin tank, feeding the Dolphins, conversing with them, and blowing them kisses. She further noted that a tank of Lemon Sharks was ignored, glanced at only briefly, stared at, or teased.

Being of an analytic bent, Mrs. Johnson considered the two types of animals in terms of physical appearance. They were of approximately the same size, shape, and color. She noted one major difference in their physiognomy, though: The dolphins’ mouths turned up at the corners while the sharks’ mouths turned down. While Mrs. Johnson’s bit of amateur  research might not be conclusive, it is illustrative: human beings are more attracted to smiling faces than to frowning or glum faces. Too, as I get older, I’d much rather have smile lines than the dreaded marionette mouth, wouldn’t you?

Sing While You Work

A while back one of my ladies asked why singing was beneficial. She asked, “Couldn’t I just hum instead?” Based on my research, I found the following possible benefits of singing  (your results may vary):

For those blessed with children, multiple studies suggest that parents who sing to and with their children help to foster increased cognitive and verbal development and mathematical understanding (especially with rhyming songs, counting songs, and songs with finger or hand movements), improved social skills, and increased literacy.

Women who wear makeup can add the tiniest dab of light pink frosted lipstick to the apples of their cheeks, the tip of the chin, and in the middle of the forehead, then blend well. This trick of light makes the face appear to glow.

Feminine Fancies by Cynthia Berenger at 06:56 No comments:

Donations and Gratutities are Very Much Appreciated! Thanks!

Cynthia Berenger
Thank you for visiting. You are cordially invited to read my posts and to comment politely. About me: I am a widow who lives to serve. I enjoy becoming acquainted with other lady homemakers, so I welcome your thoughts.

Please do not post or otherwise copy or publish my writing elsewhere in any form whatsoever or by any means whatsoever without my express written permission. For permission, you may write to berengerfamily (at sign) yahoo (dot) com. Everything I write is Copyright (c) 2006-2020 Cynthia Berenger All Rights Reserved. Duplication and Distribution Prohibited. 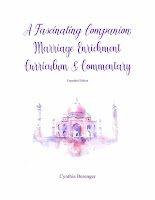 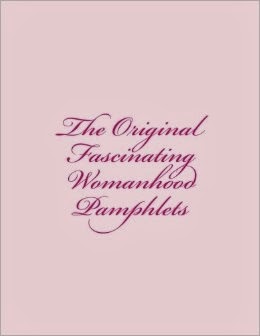 Transcribed and Edited by Cynthia Berenger

A Fascinating Companion on Amazon 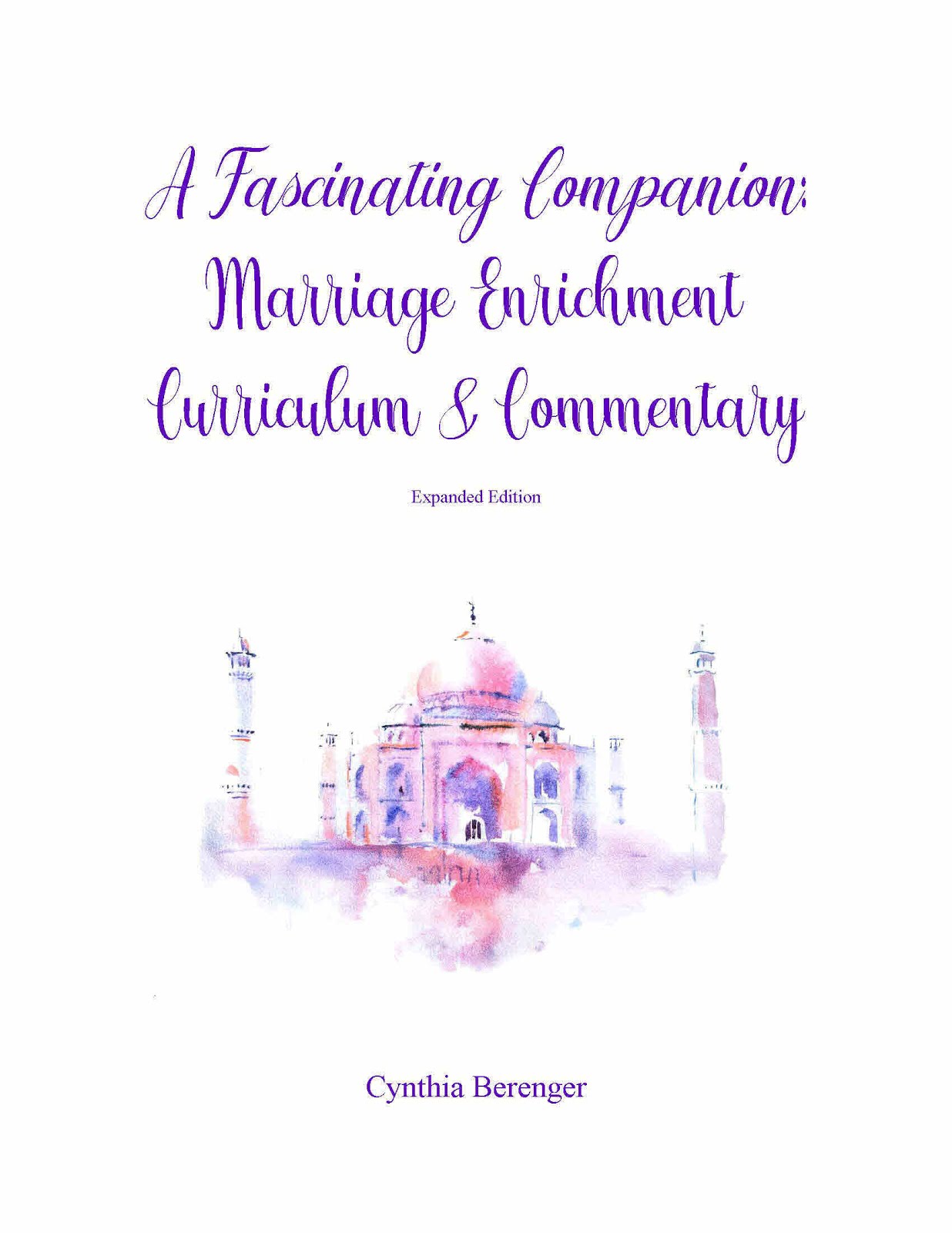